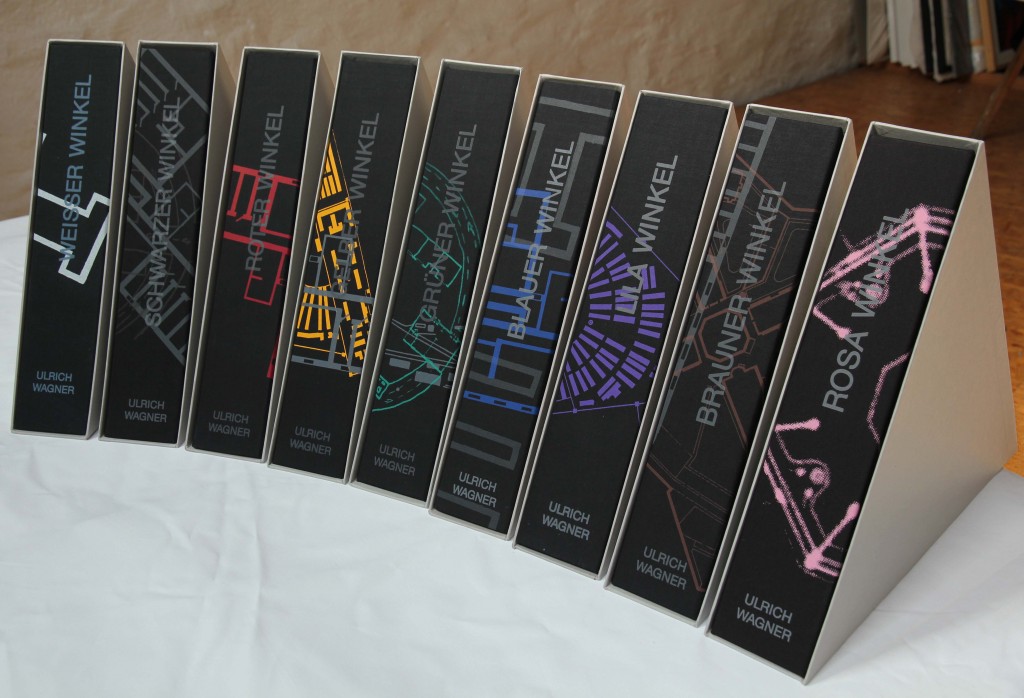 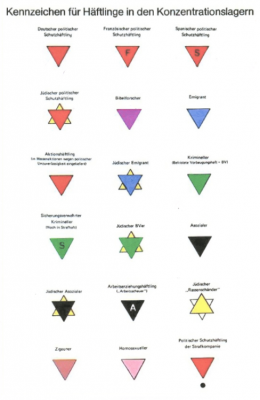 The triangle has had a secure place in Ulrich Wagner’s system of symbols since the 1990s. Now it has taken on a whole new dimension: in his new book project, the triangle has become the shape of his image carrier. This is unusual ‒ particularly when the format is a book. As a result of linking shape and contents, medium and signs, one arrives at a surprising means of perception.Books, since antiquity the medium of knowledge and language, are usually experienced by turning pages and reading. Here what is important is not a progression of letters, but the progression of geometric shapes, although the complete image is concealed while the pages are being turned. Only parts of the individual forms, which as always, Wagner has assembled as grids, are visible. 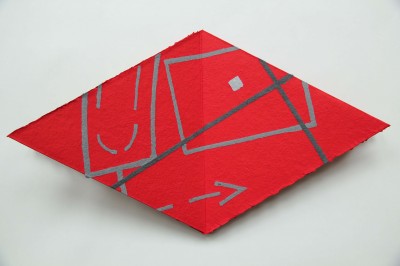 These overlappingforms run through the book as part of an overall grid, an imaginary blueprint, a blueprint that can only be seen when the book is completely open and unfolded. Wagner’s using the triangle, with its simple geometric beauty,as the new basis for his works has to do with an old theme: the question of how a shape becomes a symbol, how a visual form, in extreme cases one that is even considered beautiful, can suddenly, in a specific context or when used in a particular way, jerk one out of pleasurable, quiet contemplation and cause an intense association.

For Ulrich Wagner, this association has to do with the industrial killing machine of the Nazis: their concentration death camps. While earlier works had to do with the floorplans of prisoner barracks, or sensitive individual buildings such as the disinfection barracks, gas chambers or the crematorium in Auschwitz-Birkenau, now the hidden association has to do with the identity badges of camp inmates. These only emerge as the basic color and shape of the book, they do not become the focal point, something that would make the work politically motivated memory art. This is exactly where the Wagner’s dependable strength lies: maintaining an uncertain balance between concrete perceptions of form, fragmentary ambiguousness, and distinct and unmistakable meaning. There is a tension between the beauty of the geometric forms, composition and craftsmanship on one hand, and the underlying subject of the strategically planned horror of the camps on the other. If one knows how triangles were used in the concentration camps ‒ for instance, that a “political” inmate had to wear a red triangle on his clothing or an “emigrant,” a blue one ‒ the works become disturbing. Wagner lifts up the formal aspect of an elaborately constructed, high-quality book ‒ signs and fragments on handmade paper ‒ and lets something else flash beneath it. This other thing becomes a companion that one can no longer shake off. 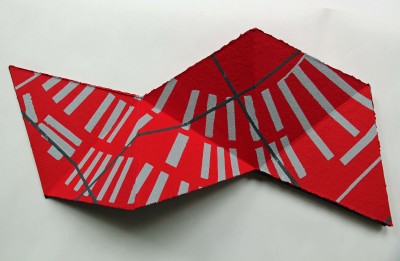 The systematic murder is expressed as blue, green, purple, yellow, pink, brown and black angles. The familiar symbolism of color has been replaced by the tragic one of Nazi terror. Even white triangles, not used in the camps, turn out to have been used by the Gestapo in Cologne, in the prison in Cologne-Deutz, to distinguish its own prisoners from those of the camps. All of these angles are encountered Ulrich Wagner’s book in the pure form of equilateral triangles. The triangle becomes an identity marker and yet remains a definite shape. No clarifications are made, but the shape, outwardly unchanged, has become charged with meaning.

Concealed knowledge, the viewer’s quiet yet disturbing companion, is at the center of Ulrich Wagner’s work and gives it its strength: while looking at it, one is not interrupted, there are no shouted messages.It is a concept that is artistically convincing, both as a book and a work of art, precisely for the reason that while it is not a declaration, it also has nothing to do with a game of shapes. With this book project, Wagner has set out on artistically daring terrain. He circumvents political and didactic precipices and once again arrives at an artistic language that is sovereign. Visualization by means of structures of perception, without preaching: a rare case of exemplary and successful handling of subject, language and material. 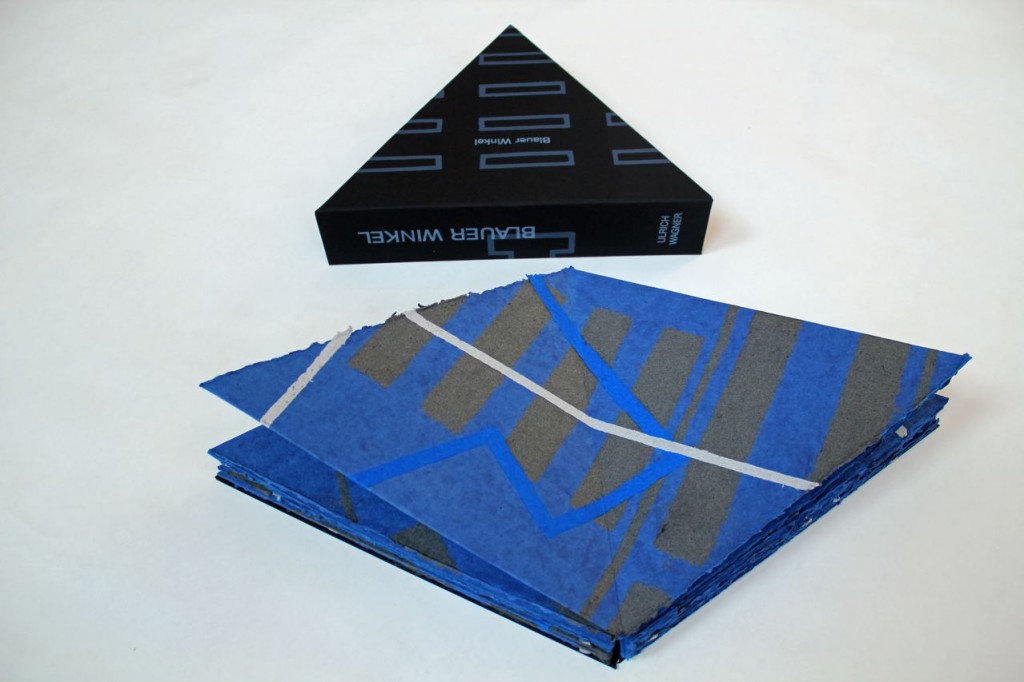 Each book is a one-of-a-kind.
Several  books per color.

Each book is signed and numbered