Coming from the main path, before entering the garden the visitor will find a noticeboard, as in a historical excavation. Together with a brief description of the project, the noticeboard contains a ground plan of the imaginary garden, in which are entered all the structures currently visible as well as those to appear later.

The visitor can enter the inner area of the garden by two obliquely descending paths of basalt grit, which drop to a depth of c. 80cm below the level of the lawn . By the lowering of the path, the observer automatically perceives the site from the perspective of a child. As the garden has a third entrance at ground level, two levels of observation are possible. All the paths, together with the excavated portions, are c. 80cm deep and c. 75cm wide. The walls are constructed with layers of newspaper. The layers of newspaper underground symbolize chronological layers, a documentation of the past, and strata of earth. The garden, with its relatively narrow paths, requires the visitor to reach agreement with persons approaching from the opposite direction, as the narrowness prevents passing two abreast. In view of the fact that history too can close paths, the fourth entrance/exit is closed off with a wall of newspaper level with the course of the privet hedge.

The whole ground-level surface of the garden is covered with a lawn of rolled turf with a homogeneous surface structure. On a further level, a section of the Cretan labyrinth will become apparent in the grass surface. This is caused by a tube of paper filled with fertiliser and laid out underneath the turf in the shape of the labyrinth. Because of the considerable over-fertilisation, the grass will grow clearly greener and faster in these places or, in very hot weather, burn and turn yellow. Mowing the grass surface will only obliterate the labyrinth temporarily, until it shows through again. This process will continue throughout the period of the exhibition.

Further structures are shown by a sinking of the lawn. In these areas, in constructing the garden corrugated cardboard and newspaper were dug in. The softening and rotting of the paper causes the ground to sink at these points. The depth of the prepared structures can be governed by using more densely or thinly packed blocks of paper. 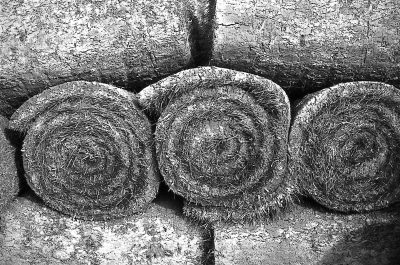 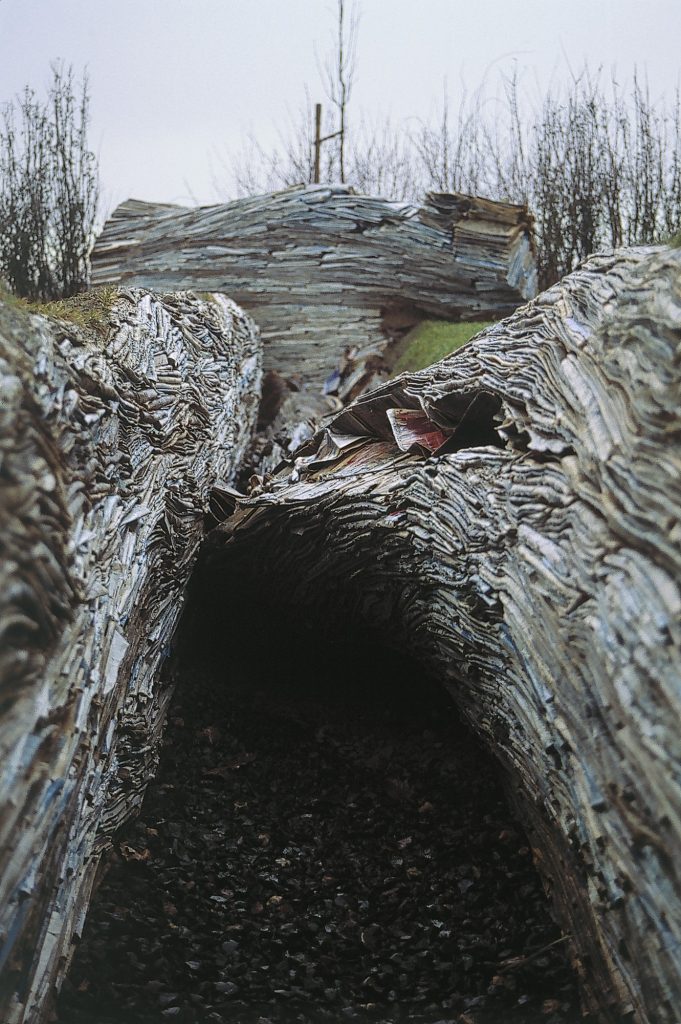 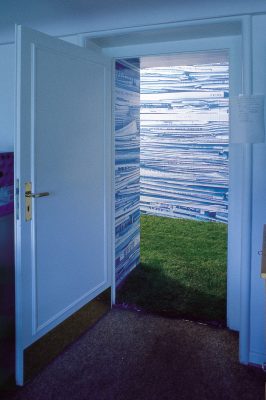 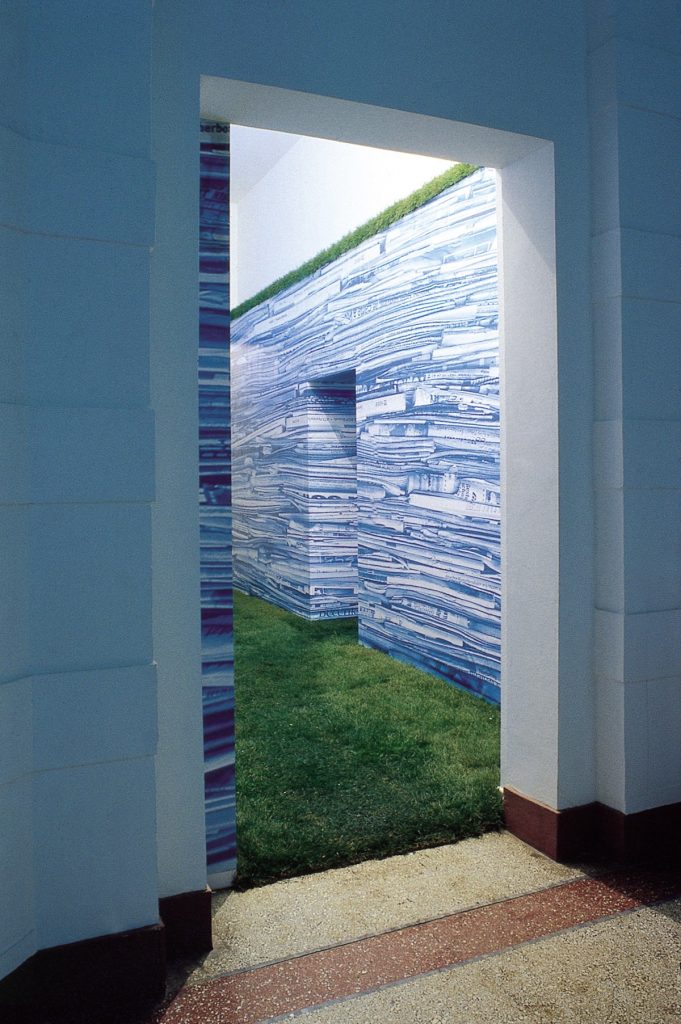